Reasons Why You Should Start  Playing  Bridge

Whenever you hear that someone is going to play Bridge, you most likely assume they are elderly, and will be playing a game before their mid-afternoon nap. While this is partially true, the elderly aren’t the only ones who play.

Unlike other popular card games, Bridge is viewed as a game for your grandparents, and there is no way you would play it, or should play it, however, this couldn’t be further from the truth, and this post will tell you why.

Great for the Brain

While chess is almost always viewed as the game that tests the limits of your brain power, Bridge does the same thing. Bridge requires a lot of thinking, as well as problem solving skills and thinking ahead to ensure a victory.

Many people don’t view it like this because of, like mentioned already, chess is viewed as the thinking man’s sport, whale card games are viewed as those things you do on holiday, when you’re drinking, or when you just want to pass the time, not as something as stimulating as chess.

Some research has also shown that children who play Bridge regularly seem to perform better and score higher on standardised tests. This once again shows the connection between playing the game, and increased brain power.

As we get older, there is cognitive decline. The speed and severity of it differs from individual to individual, but it does happen. A game like Bridge keeps your brain active and stimulated, and fires off all those neurons and what not in the brain that keep it performing as best as it can.

While there are other games that can do this, such as chess and Sudoku, Bridge is arguably more fun, and the fact that you play with others, means you keep multiple parts of your brain working all the time.

Bridge is also a game that requires you to constantly use both sides of your brain. Not only must you use your logical side of your brain, as well as your creative and social side.

Bridge has proven to be a game that develops quite a few “soft skills”. Since this game is based around trust and teamwork, you need to develop your skills of working in a team, being a team player, and learning to think about more than just yourself and your own goals.

You will also need to build your concentration skills, paying attention to everything around you and making sure you don’t make any mistakes. There are also the social skills, being able to listen to others, and also learning to deal with winning and losing, skills that can be very important and vital to development at a younger age.

It’s Good for Your Immune System 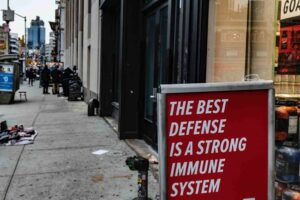 While you can learn the basics quite easily, mastering the game takes a long time, years in fact. This is why so many people play well into their old age, you always want to get better and always want to improve.

You Can Go Pro

Bridge is considered a sport, you can play competitively in competitions and tournaments around the world, as well as make some serious money if you win or get in the top 3 or 10 for instance.

What makes it different compared to other sports, is that since it doesn’t rely on physical ability, and heavily relies on mental ability, there is no real age limit for when you can become a professional, much like bowls.

There are hundreds of thousands of players, young and old, who become professionals when they are 18, 25, or even 70. It really is just about how good you are, not about how fast or strong you are.

Bridge is Fun, and Cheap

In short, Bridge is just really fun. It requires skill, luck, there’s excitement, some drama, everything you would find in any other sport. As mentioned already, it also has the battle of wits that makes chess so enjoyable to play and watch.

Bridge is also ridiculously cheap to play, all you need is a deck of cards. While other sports require equipment and gear and what not, all you need to play Bridge from today on, is just a cheap deck of regular cards.

Your Best Bridge is Ahead of You

Unlike other sports and games that you may grow out of, or get too old to play, Bridge is the opposite, the older you get, the better you get. As the years of playing pass, you get better and better, and you can quite literally never be too old to play. As long as you still know what’s happening in the game, you can play.

As you can see, Bridge is a game that you can pick up at any age, and then spend the rest of your life learning to master. It’s fun, sociable, keeps you and your brain young, and is most certainty a game you will never get tired of playing.