Five poker giants and what makes them great

There are poker players out there that are considered rock stars, and I have been that silly, giddy fan who takes a secret photo as they play in a tournament.

There are so many great players out there, that making an all inclusive top ten list would be impossible.  The list I have made is in itself debatable.  It does include men across all formats of poker, a mix of cash games, tournament, and mixed games (playing different games of poker in a single tournament). 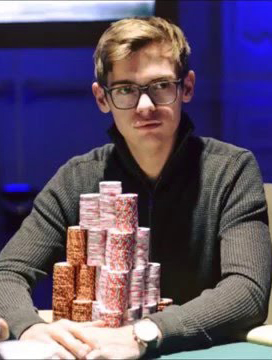 Having won over $30,000,000 playing poker, Negreanu is one of the most popular figures in the game, and probably the best loved.  I’ve seen him get a round of applause for winning a hand.  Nicknamed “Kid Poker” for his baby face, he has won six World Series of Poker bracelets and two championship titles in the World Poker Tour.  Negreanu also is very active in charities, and is involved in bringing a hockey team to Las Vegas. Daniel’s site click Here>

Ivey is a giant.  Perhaps even a colossus.  He has a high stakes poker room named after him at the Aria in Las Vegas.  He has ten World Series of Poker bracelets, and two championship titles in the World Poker Tour, and at 40 he has won over $20,000,000. But that is nothing in comparison to watching him play.  I have seen him win hands that no one had any business winning.  Like this amazing bluff. Phil’s website click here >

Hellmuth is a piece of work.  He has the nickname of “Hellmouth” and “Pokerbrat” because of his entertaining episodes of tilting when he’s lost a hand.  Youtube is full of his ranting and swearing.  He has worked at turning his embarassements into an industry.  He has his own personal trademark which he wears on baseball caps while he plays; he also has quite a lot of Pokerbrat merch available on his website.  His arrogance is thinly veiled by a smug modesty.  Other than that, he’s a poker monster.  He’s won fourteen World Series of Poker bracelets, the most anyone has won.  Over his career, he’s won over $20,000,000 in cashes. Phil’s website click here >

This German twenty-two year old is a beast.  In the first seven months of 2016 Holz has one over $14 million.  I watched him play in the main event final table of the World Series of Poker.  He has the  aggressiveness and focus of an assassin.  By the time he’s thirty he’ll probably have made more money than everyone on this list combined.  Find him on Twitter  @CrownUpGuy.

Though Seiver only has one World Series of Poker bracelet, he has won almost $21,000,000 in cash games.   Seiver’s genius is in his table talk.  He has been given the elaborate nickname of “The Deipnosophist” because of his ability to talk to other players, and thereby glean enough information to manipulate them during hands.  I’ve seen it. He is friendly, approachable and seems genuinely interested in connecting with his fellow players.  Find him on twitter  @scott_seiver

New member of the Great Bridge Links writing team, Margie Pignataro is a Fiction/Playwright/Academic Writer from the United Kingdom. Her website can be found here