One of the best parts of card games is that they require little to no preparation, simply some general knowledge of how the games work. And since most households contain at least one deck of 52 cards on a shelf somewhere or tucked away under other belongings, it’s always good to have a few game ideas up your sleeve when people come over. In this article, readers will become familiar with three different card game titles that only require a standard deck – ideal for all types of occasions, whether during a birthday party, as a post-dinner activity, or simply as a way to pass the time amongst friends. So, what are you waiting for?! Round up two or more players and let’s get started!

How many of these card games do you have experience playing?

You have probably heard of some version of Rummy before, whether it’s Gin, Canasta, or Traditional. The history of the game is wide and deep, with several different theories behind its origin story. One popular variant, 500 Rummy, is an ideal option for those interested in tapping into the fascinating Rummy family of card games. Like other variants which involve the grouping of cards by suits and numbers in a series of rounds, the goal of 500 Rummy is to be the first player to score 500 points. This can be done by collecting sets of three or more cards of the same rank or same suit. At the end of the game, the value of each group will be counted and the winner announced. However, players should keep in mind that if they have cards remaining in their hand, the value of those cards will be deducted from their final score. Although a deck of 52 is all you need to play this game, it may be helpful to have a pen and paper on hand in order to record each player’s score as the game progresses.

The game of Poker also has a rich historical background and continues to be a game that many people all over the world still enjoy today using just a standard deck. Although there are dozens of different strategies that surround its gameplay, the general rules of Poker are actually quite simple to grasp. The primary objective is to be the player with the best 5 card hand. To arrive at this point, players must exercise their decision-making skills to choose between a variety of actions (bet, raise, fold) during each round. Poker has famously been described as a game that is ‘easy to learn, yet difficult to master’. However, thanks to technological developments and the power of the internet, there are now more resources out there than ever before for those who want to enhance their game. It’s also a game that can be played either in a highly competitive manner, or simply for entertainment among friends. Although chips are necessary material in addition to a card deck, basic household items like paper clips, coins, or rubber bands can be substituted for official tokens. After that, all you need is a group of people and a sturdy tabletop to get started. 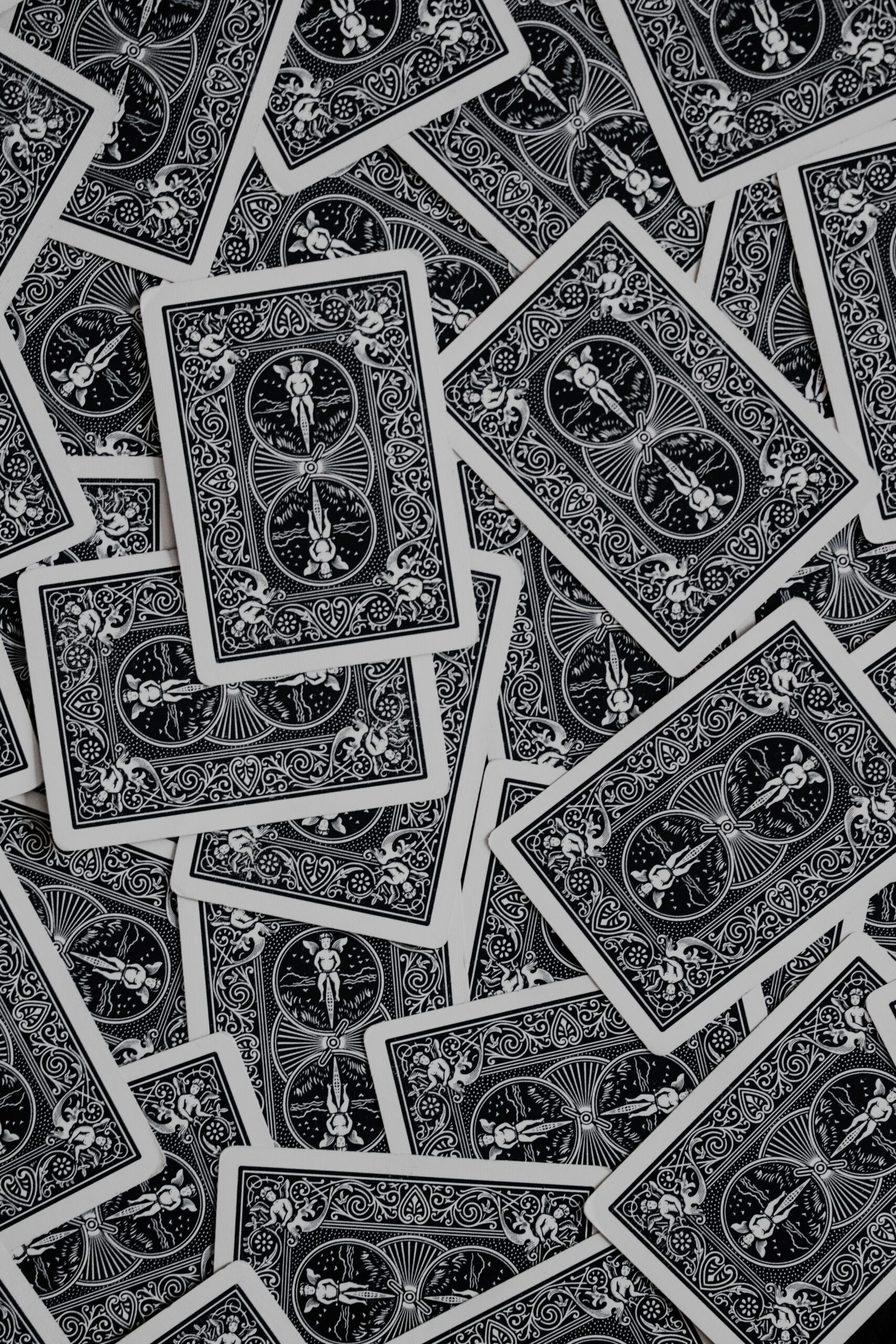 People may not be as familiar with Euchre as a card game as they are with Rummy or Poker, but it is still an entertaining title worth exploring. Bridge and Euchre are both trick-taking card games, with some referring to Euchre as the more ‘abstract version’. Especially popular in Canada, the game is typically played with four people of two teams in complete or near silence. Both sets of partners work closely with the goal of winning at least three tricks out of five. A trick is gained by successfully playing the highest-ranking card. Like the other games in this list, there are some basic strategic practices that can help players become better at Euchre. Some of these tips include taking tricks early and leading off with the highest card possible. However, whether it’s your first or hundredth time playing the game, it’s guaranteed to be a fun time.