Gaming and social networking go together as well as D&D and multi-sided dice.

Thousands of users per year use social networking – specifically Facebook – to play games. Some users find their fix through tending to virtual gardens or managing virtual cities, others prefer a few games chess or backgammon. Even Betty White is a Scrabble fan.

As an angst-filled teenager I spent a considerable amount of time playing Zynga Poker (and a fair amount of it alternatively playing Mafia Wars for a virtual empire). Older and wiser today, I wondered if there were any bridge games played through Facebook – and was glad to find Ultimate Bridge amongst the available options.

Here’s more about Ultimate Bridge, what’s great about it and how to get the most out of games on Facebook.

What is Ultimate Bridge?

Ultimate Bridge has been around for a while, but if you never access any apps or games through Facebook, it could be one of the coolest multiplayer bridge games you haven’t heard of yet.

If you’d like to extend your network of bridge players or introduce a novice to a platform to play the game, Ultimate Bridge makes for a nice choice overall.

Permitting that you zoom to the correct ratio, everything on the screen is clear. No squinting needed. 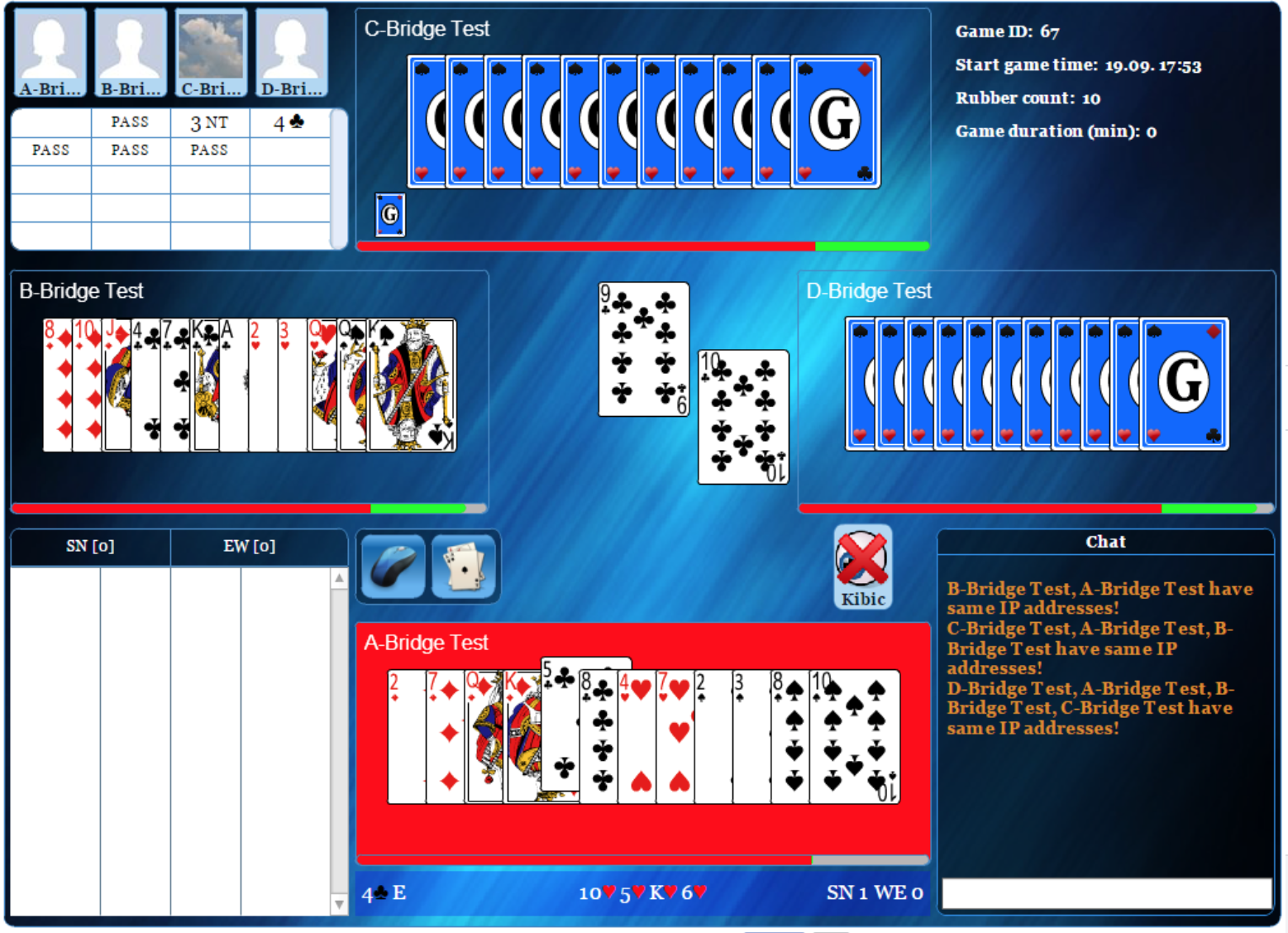 Their interface is very clear on exactly which elements are in which place: This includes the bidding table, the cards and the current game contract. Other statistics (like the individual game number) are also given in addition.

There’s little to no lag: When someone takes too long to play their cards, you know they’re thinking about the next move instead of buffering somewhere in cyberspace.

The first introduction to Ultimate Bridge presents you with a profile and gift of tokens. Like most FB games and online apps, these tokens make for in-game purchases. It’s worth mentioning that Ultimate Bridge is played just fine without the addition of these tokens – but for some they can still make an interesting incentive to chase in-game achievements, even if it’s just your Daily Bonus.

First impressions of Ultimate Bridge are welcoming – and wonderfully reminiscent of simple online table games that anyone can take to within a few seconds to minutes.

If you want to get your gaming fix through your Facebook account, there are a few things you should know before doing it.

Through Facebook Web, you’ll find all games and apps listed under “Apps & Games” to the left side of your screen. On some versions of Facebook Mobile, you can find the same thing by navigating to Settings, although it’s usually easier to do this through the web version.

As a general social networking tip, this is also where you can spot any apps that you don’t remember giving permission to post: Commonly, viruses and malware affecting Facebook users will hide under this list (and if you have something posting to your name, this is often the first recommended place to look if you want to be rid of it).

The Screen Name is Your Own

Facebook gaming screen names are the name and picture used for your profile by default. This means that you shouldn’t be too surprised if your full name suddenly pops up in screenshots or game rankings (or you get sudden friend requests from other FB gamers who spotted your name). This is Facebook, and it’s bound to happen to some users at some point. If you want to keep it from happening, have a separate profile linked to your games and keep your social networking to another private profile.

If you do use your personal or home social networking profiles for gaming (and God-forbid not your accounts at work!), make sure your profile settings are set to keep the most personal information about you private. This includes family photos, pet names and the names of pets. You’d be both amazed and horrified at what someone can do with just a snippet of info from your average social networking site.

Not used to navigating the world of FB and having some trouble getting their games to work? Here’s a troubleshooting guide before we get to the game itself.

What’s Good About It

One of the first advertising draws for Ultimate Bridge is the fact that there are no bots. All of the players appear to be other Facebook users – and this means that all of the technique and play, even the bad ones, are real living and breathing people.

Many bridge games automatically place an AI in the dummy’s seat so that human players don’t have to do it. Ultimate Bridge doesn’t: Every now and then, you’ll have to sit and watch as the dummy player – and hope you’re matched up with a bridge partner who isn’t going to make this one painful to look at.

I was pretty surprised when I found myself in the dummy’s seat for the first game of Ultimate Bridge, but pleasantly so. It was a good chance to step back and consider the players (and how they played their cards) before entering into the second game. (This one, of course, went better – even though my bridge partner and I were both real people who have never met before.)

Ultimate Bridge introduces a unique penalty system: Bad behavior can get you banned from the site or game, but certain things can also incur a penalty – and it’s not just general Vulnerability in the game. Should you leave a game in the middle of the action or not agree to play on a table you’ve just joined, you drop a few points – and other users know it.

This cuts out on what I’ve come to call Table Deserters and keeps these down to a minimum.

The interface of Ultimate Bridge feels like a cross between Hoyle Casino video games and Dueling Nexus, smoothed over with a fair dose of sleek design that isn’t hard or excessively bright on the eyes. (Anyone with failing or compromised vision will appreciate a clear, crisp bridge interface – and I know I do.)

Most bridge players (heck, even most gamers) love statistics. We want to know how well (or occasionally not well) our game is going. Ultimate Bridge keeps very detailed statistics on players in terms of wins, losses, percentages and general behavior. Checking out a player’s profile can give you a clearer idea of how the player sees their game – and yes, it includes looking at your own profile after a few games!

There’s a main group chat for Ultimate Bridge: This is the home lobby – and you have the ability to scroll up a few messages or hours to see what people have been on about. Moderators are active here, so anything R-rated, weird or creepy can be kept to a minimum – and this is something not a lot of public chatrooms anywhere can say. For a change, people were using the main discussion to talk about the game itself. (I’ve seen many public chat lounges go bad in a few seconds or less, but this didn’t happen in a hours of opening up Ultimate Bridge and I’m glad to say that chat was kept both clean and relevant to bridge.)

Like other bridge platforms – though certainly not all of them – Ultimate Bridge allows you to kibitz public games, or to switch from player-to-kibitzer between games when you want to take a break from playing and allow someone else into the room.

The Use of Points

Like many free-to-play games and apps, Ultimate Bridge makes use of points – and if you like, these points can be used for in-game enhancements. But what’s great about Ultimate Bridge is the fact that it doesn’t limit you without it – in fact, it seems to make no difference.

There’s no need to “opt-in” for game purchases if all you want to do is play some bridge and your game isn’t compromised, limited or changed if you decide not to bother.

Some games – notoriously many available on Facebook – will make you fight a Boss with a weapon you had to buy in seventeen different, separate bits and then assemble with another $5 worth of Game Money. Ultimate Bridge is great because it doesn’t do this at all.

Links: Where to Find Ultimate Bridge