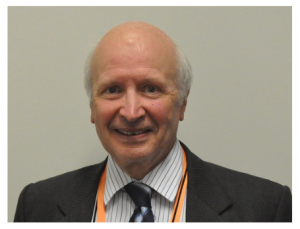 IBPA President Patrick Jourdain died on July 28 at the age of 73 after a short battle with inoperable pancreatic cancer. Jourdain was the bridge correspondent for London’s The Daily Telegraph since 1992 and had been editor of the IBPA Bulletin from 1982 to 2002. He had been president of the IBPA since 2003  and was named IBPA’s Personality of the Year in 2002.

As a player, Jourdain had represented Wales in international competition more than 80 times between 1965 and 2016. He won the 2014 Commonwealth Nations Bridge Championship playing for Wales and, while living in, and playing for, Scotland, the 1974 Camrose Trophy. Jourdain also won the 1976 Gold Cup, Great Britain’s premier championship.

Jourdain was known for his gentlemanly demeanour.A friend for more than 30 years, Barry Rigal, described Jourdain as genuinely nice and a suave, debonair Englishman. “There are few people in bridge – you can probably count them on two hands and Patrick was one – whom no one has ever heard a bad word about,” Rigal said.“He was a throwback to an earlier era of politeness.”

Born on Nov. 1, 1942, in Woking, England, Jourdain founded a bridge club at St. Edward’s School in Oxford. He graduated from Peterhouse College at the University of Cambridge in 1964. In 1977, he left his career designing computer systems for British Steel to write about and teach bridge.

Jourdain got his start in international competition when, on the morning of the 1965 trials for the Welsh national bridge team, a player fell ill and Jourdain was asked to be a last-minute substitute.With only a few minutes to prepare with partner Roy Griffin, their team won the trials. Jourdain, at 23 years of age, became the youngest-ever person to play for Wales.

When Jourdain took over as editor of the IBPA Bulletin in 1982, he made it a professional product. He also improved conditions for bridge journalists everywhere. “He redefined the role of the journalist in the modern era,” Rigal said.“He left a positive influence in everything he did.”

Jourdain broke news and brought public attention for the game.“He had more success than any other journalist I can think of in getting real stories about bridge into the newspapers,” said Shireen Mohandes, a writer for the UK’s Bridge magazine.“He really loved the game. He would seek nice plays the same way a botanist would seek rare plants.”

Jourdain also served bridge in administrative roles. WBF secretary Anna Gudge recalled serving as secretary for the former British Bridge League while Jourdain was its chairman. “He was one of the best chairmen I ever worked with,” Gudge said. “He let everyone have their say, but cut the waffle, and then presented a clear synopsis so a decision could be made. Every secretary’s dream.”

As recently as a month ago, Jourdain was fit enough to play golf and tennis. He also played for Wales in the European Bridge Team Championships in Budapest in June. Fellow Welsh internationalist and author Julian Pottage reported that, the week he died, Jourdain did not want to stay in hospital because that meant he would have to miss his regular Thursday evening bridge game.