The Gender Divide in Bridge

When prolific bridge writer Alfred Sheinwold was asked whether he thought men or women were better at bridge, he gave a one-word answer that shouldn’t have been controversial:

This is, however, a viewpoint that falls somewhat outside the realm of commonly-held beliefs when it comes to gender at the bridge table. It’s generally thought, and accepted, that men are just better overall at playing the game. But is this true, or is it just another artifact of institutional sexism that should have rusted over and died a long time ago? And if it is true – if men really do perform better at the bridge table than women do – why is that?

Sheinwold noted that men generally do perform better…at the very highest echelons of the game. A cursory reading of the current World Bridge Federation’s rankings of the top players confirms this: only 2 of the top 22 in the world are female. However, we may be missing a key piece of the puzzle here: how many women actually play high-level bridge in the first place? It’s likely that many talented female bridge players shy away from entering the high-level sphere. This could happen for a number of reasons: responsibilities at work, with children, and around the house (a 2016 study found that women still do 40% more housework than men do), or possibly because women just aren’t encouraged to play at the top tier.

Where Are All the Women?

Miriam Harris-Botzum writes, “there are some women who are capable of being top experts, but those few currently don’t make it to the top. Some don’t make it because of non-bridge concerns, and those who do devote full energy to bridge aren’t given the support and encouragement and opportunities that advancing male players are given, and aren’t given the chance to break into the all-male teams.

“It becomes a vicious cycle, because good women players are generally shunted into women’s bridge, instead of the open games, but having seperate [sic] women’s bridge promotes the view that women are inferior players, so that the next group gets the same treatment”. 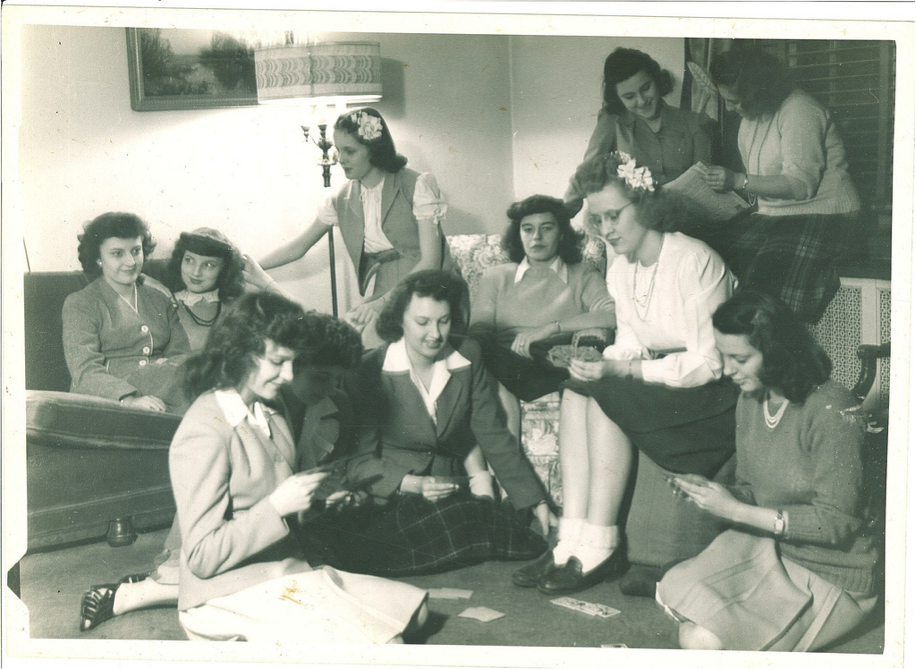 According to Sheinwold, women are more successful than men at all other levels of bridge…so wouldn’t it be amazing to see what would happen if some of the barriers came down and more women began to play at a high level?

What’s Gender Got to Do With It?

The differences between male and female brains as they relate to bridge have been extensively discussed, and many people seem to agree that men and women do approach the game differently. Men, for example, tend to have stronger left-brain and mathematical skills (on average) than women do, and this can help them with their play. It has also been suggested that men succeed because they are inherently more aggressive and willing to take risks.

A fascinating neuroscience study from 2011 partially confirmed this last claim, finding that men who have a certain variant of a dopamine receptor gene were able to improve their risk-taking skills (taking more risks that paid off and fewer that didn’t) as their overall bridge skills improved. This likely helped them soar above the pack and become excellent bridge players. Men who had a different version of the gene didn’t see their risk-taking skills improve as their overall bridge skills improved, and women’s bridge risk-taking wasn’t affected at all by this gene.

Curiously, the neurological sex differences that might help rather than hurt women’s bridge game (their higher average emotional intelligence, for example), have yet to be studied at all in relation to the game.

To Win, You Have to Play the Game

Harris-Botzum also makes the excellent point that while it is possible to make one’s living playing bridge at a high level, this is a risky venture that men are more likely to undertake – whether that’s because they have a greater openness to risk, because they’re more open to travel and less tied to a family at home, or because it’s a path that’s already been outlined for them by other men. Or, sure, maybe it’s because they’re just plain better at bridge…but assuming that is true would be akin to saying that men make better U.S. presidents – because, look, they’ve all been male so far!