The Biggest Money Won in Poker

The game of poker has captivated millions of people around the world. For some it’s a way to have fun; for others, it’s an opportunity to tickle their nerves. For some players though, it’s their stable income.

If you’re one of the people who want to make money off playing poker online, it is essential for you to know the best place to do it. CoinGambler has a list of online bitcoin casinos. This site is a crypto casinos reviewer and talks about safety, bonuses, customer support quality, the games available, and so on. Thanks to exploring the information at the CoinGambler website, you’ll never be wrapped around the finger.

Note: You can also find a good article on Great Bridge Links that will help you avoid bad casinos – written by one of our own staff writers. Read: The Rogue Ones: Avoiding Unregistered, Illegal and Blacklisted Online Gambling Sites

So, let’s move on to the cases with the biggest money won by playing poker. Here is the list of those unprecedented events:

On July 3, 2012, in the WSOP High Roller Tournament, Antonio Esfandiari managed to win a record prize that still has not been beat.

Before becoming a professional poker enthusiast, Antonio worked as an ordinary magician under the pseudonym Magician. Was it magic or luck that helped him – nobody knows. However, the fact remains that no one considered him as a serious opponent, he was predicted to be excluded from the tournament among the first. But the fates decreed otherwise – according to the results of the first day, he occupied the 4th place in the number of chips, and in the first hours of the second day of the tournament, he became one of the chip leaders. During the heads-up, Sam Trickett was defeated.

Editor’s Note: Antonio Esfandiari’s win of over $18 million is impressive, but not nearly so great a feat when you learn that the buy-in was $1 million and there were only 48 participants. 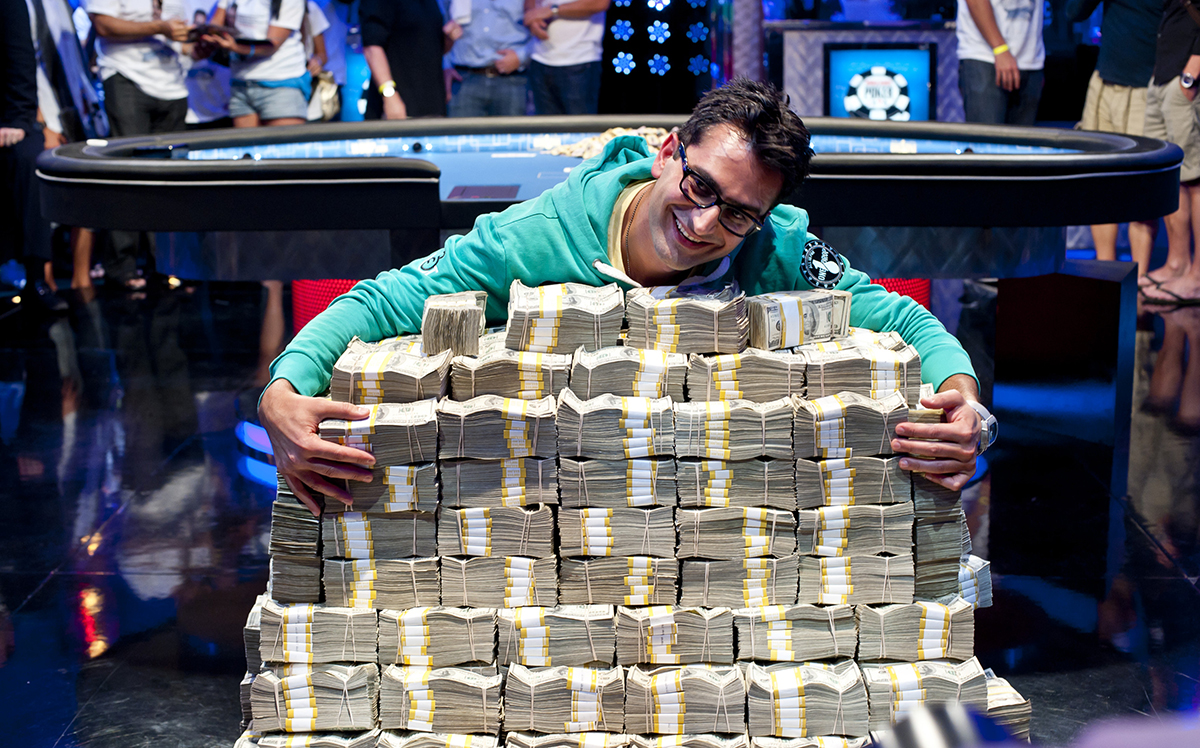 The Big One for One Drop tournament in the WSOP series formed a prize pool of $37, 333, 338 in 2014. A distinctive feature of this tournament is that 10% of the buy-in is automatically sent to the charity. Participation in the battle requires a contribution of $1 million. The winner in 2011 was the American Daniel Colman, whose poker winnings totaled $15, 306, 668.

In a three-day contest, fate brought 24-year-old Colman and Daniel Negreanu together. The eminent opponent didn’t manage to fight back. Coleman happened to get the main prize. After the victory, however, the man did not show much joy. 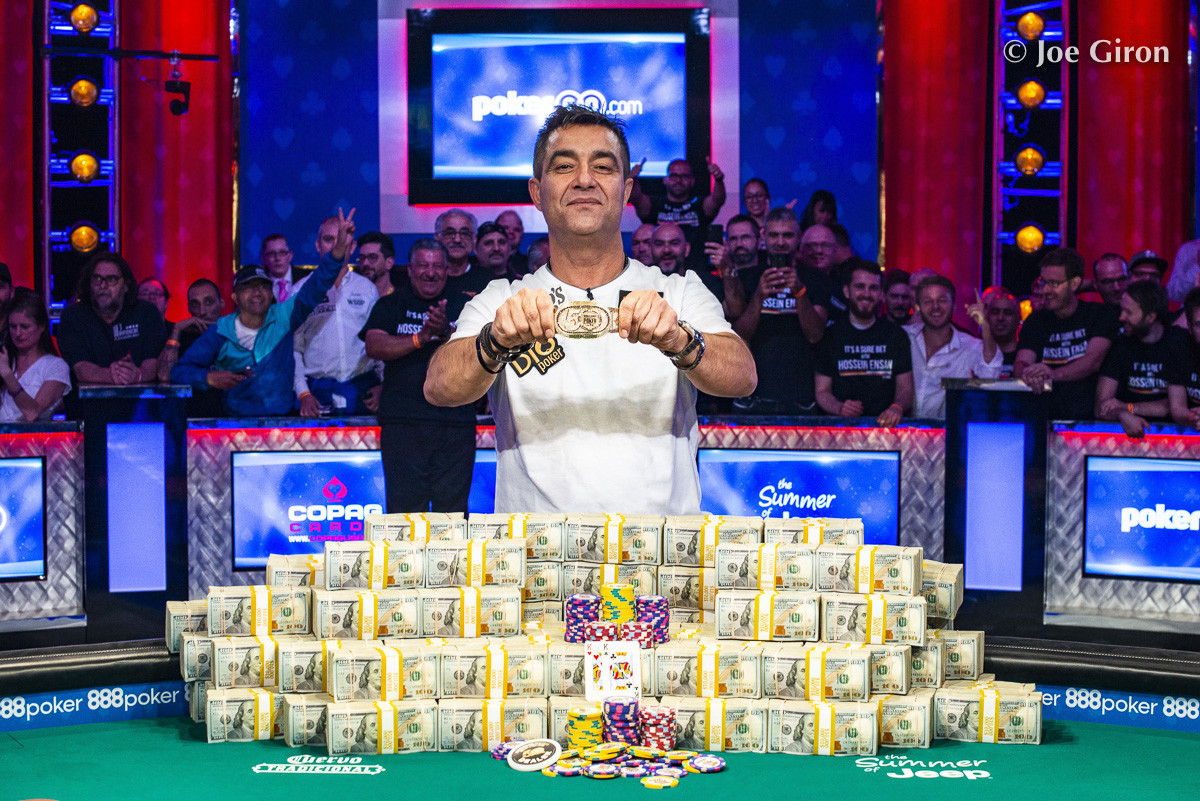 The event of 2006 is distinguished by the largest prize fund in history – more than $82, 500, 000. The number of participants was 8773 people. In such circumstances, the success of Jamie Gold seems incredible, and in many ways it was. Throughout the tournament, he was mercilessly criticized due to his excessive arrogance. But the biggest problem was associated with the incredible luck of the man at the table. During the deal, Gold was receiving only the cards he needed but nothing that got him winning. However, at the end of the tournament he managed to turn this luck around and win. This has caused suspicion among many players and media representatives.

Dreaming of becoming a cook, Martin Jacobson managed to win the main tournament of 2014. The Swede is a professional player who has earned respect from the press and his fans. Despite the fact that he said he was sure of victory, Martin was always gracious and modest.

Over the course of his professional career, the 27-year-old Swede, since 2008, has managed to win more than $14, 000, 000. Martin is constantly participating in tournaments and hopes for another big prize in the future.