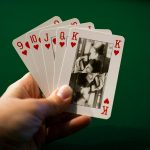 is a journalist, writer and bridge player. He’s a long-time writer for Great Bridge Links, and his other writing includes markets like People Magazine, Funds for Writers, Caribbean Compass, CollegeHumor, Folks Magazine, The Dollar Stretcher and a wide variety of others. Sometimes, he’s a ghostwriter, too. He also serves as one of the ambassadors for Bridge2Success, encouraging more worldwide bridge playing both online and off. When not playing with traditional decks, he has a love for trading card games. 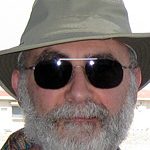 made his living playing poker for 10 years before turning to a career as technical writer in the computer field. His books reflect those two careers: Ultimate Casino Guide, The Official Dictionary of Poker, Puzzled Programmers (a collection of short stories, each of which introduces a mathematical puzzle best solved by computer, with solutions presented in three programming languages), and Free Money: How to Win in the Cardrooms of California.

Michael was a columnist for 25+ years for Card Player Magazine. He contributed dozens of articles and stories to Gambling Times. He wrote scores of articles for InfoWorld and had regular columns in A+ (an early Apple computer magazine) and Dr. Dobb’s Journal. He has edited several books about poker by well-known authors.

Wiesenberg also constructs crossword puzzles, and has had five published in the New York TImes, and hundreds in magazines, newspapers, and online. He is the author of Canadian Crosswords: From British Columbia to Maple Syrup to Rock Music … and More!

You can purchase Michael’s Official Dictionary Of Poker on Amazon on these links: 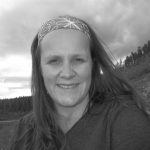 is a freelance writer, specializing in Online Content, Personal Finance, and Education. When she is not writing, she homeschools her children, supports her husband, and enjoys traveling across Canada. Her website